Industry reports have shown that for the past financial year, there has been a noticeable drop in Apple product purchases. Although this may well be the case and Apple are potentially facing a questionable year ahead, their market share is still considerably more significant than others. A spring back into action from Apple won’t be hard for them to achieve taking into consideration the massive following of Apple product fanatics and loyal customers they have.

However, what this graph below visually indicates is the closing gap between Apple and its competitor Samsung. It is evident from the chart that although there has not been a damaging drop in Apple’s product sales after their 2012 peak, there has been a drastic increase in Samsung products sales between 2017 and 2018, which evidently will catch up with Apple soon enough and dent their share in the market. It is thought that Samsung’s success lies in their concentration and product focus for both the low and high-end smartphone market, offering high end or budget devices for customers of both categories. 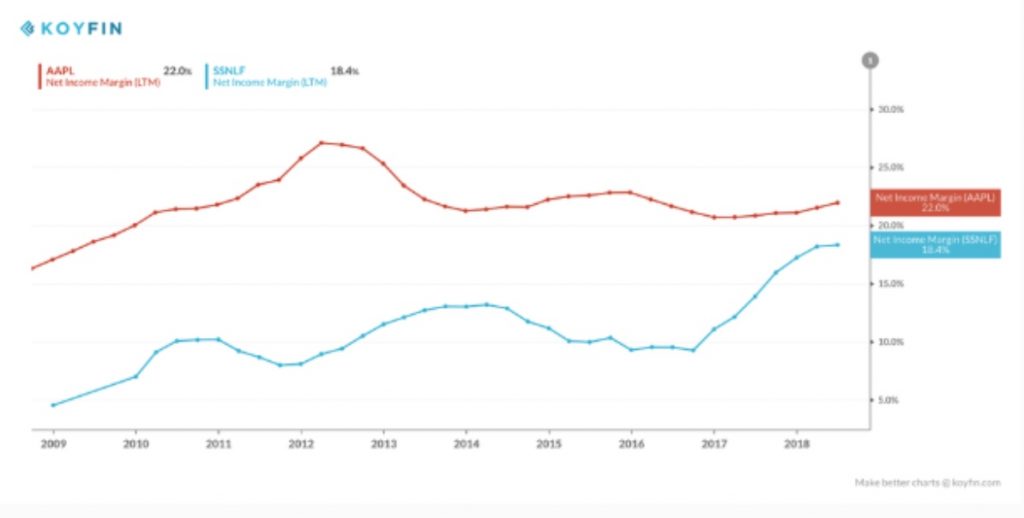 This being said, Apple is still seen as pioneering innovators and have previously been the first to introduce new technology to the market. Following on from the launch of their first Apple Watch, the smart watch is now in its fourth generation and serving an abundant amount of users. Even though it has had a rocky start to the year with developers pulling their watch apps from the App Store due to a software compatibility deadlines, which was more of an app developer issue than an Apple watch issue, many developers are still eager to feature their apps on the App store enhancing the functionalities of this already ingenious device. That being said, here’s a look at the top free Apple Watch Apps that can increase the performance and usage of your watch.

Activity Tracker is designed to track your activity but simultaneously save you battery life as it doesn’t use your phone or watch GPS. Instead it uses your device motion processor to calculate and record the amount of movement in terms of steps you have taken, stairs you have climbed, distance traveled, calories burned and length of activity time which why it’s a great app to measure and see how well your progress is on an hourly, daily, weekly or monthly basis. 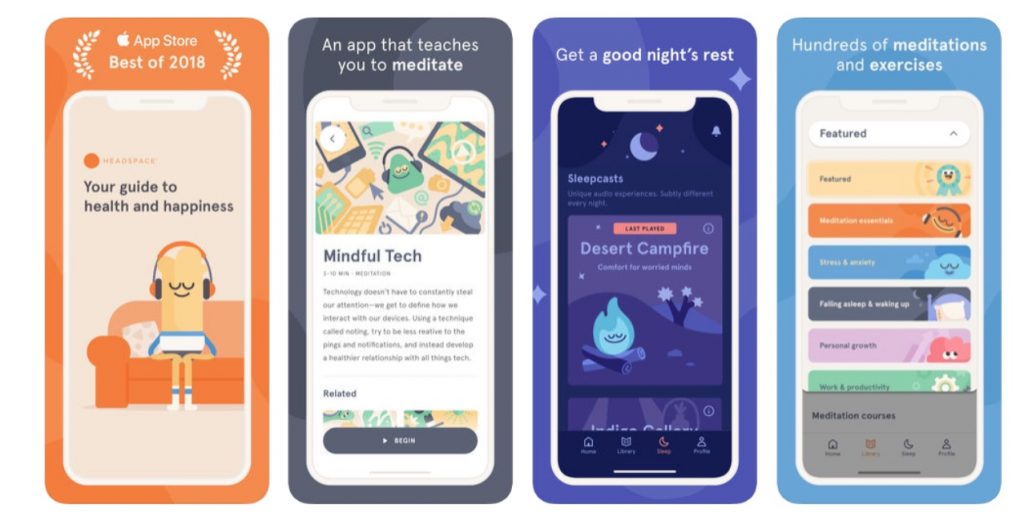 When you feel life is getting on top of you a little or you’re feeling overwhelmingly stressed, Headspace could be the answer. Based around mindfulness, the aim of the app it to help make you feel calmer, taking you through breathing exercises that help clear the mind.

The app on the watch works with the iPhone app and acts as a reminder and a coach, getting you to pick an exercise and focus on it for the allocated time. For those typically stressful situations, It also has an SOS mode for when you need help instantly. It’s the main app on your phone does most of the work, with daily mindfulness exercises.

Popular music streaming platform Spotify now have an app compatible with Apple Watch, and it can play, pause and connect to other devices via Spotify Connect offering you playlists and shuffle features. However, you are unable to stream music from the watch which means the music is still coming out of the phone.

Well known for their productivity apps, OmniFocus is now available on Apple Watch. The app helps you manage projects and tasks which is very user-friendly. The app also manages to fit in lots of information into the relatively small screen of the watch displaying icons, numbers and bullet lists. You can customise it to present a quick overview of task you need to do or call up the app directly and get an instant picture of what you need to focus your attention on immediately and what’s coming up.

Citymapper is a public transport app which makes it essential for your Apple watch.

As well as bus, train times and directions, the Watch app even offers cycling routes and bike hire details. Firstly you would need to set up the journey via the app on your iPhone to which notifications will be sent to the watch as you progress through your journey. Just like in the phone app on the watch you can start a trip to your saved Home destination, previous or saved destinations right from the watch. The app on the watch will also help you find nearby transport.