When you start the process of purchasing retail bar codes for your business which can be read about on www.barcodeworld.co.za you may find yourself wondering where it all began. In this article we will give you a brief background peek at the beginning of the thought process of how retail bar codes were brought into retail. One day a retail store owner decided that somehow, he needed to approach an educational institution and ask them to brainstorm and create a way to streamline the procedures that are followed in retail stores, he needed a way in which he could move customers through his shop in a faster manner at the point of sale to up his profits as well as when it came to taking stock. He approached the dean of Drexel Institute of Technology in Philadelphia for assistance in this matter in 1948.

Strangely enough the dean was not interested in this concept and brushed the idea off, but the conversation was overheard by a junior postgraduate by the name of Bernard Silver who took the idea to a graduate of the institute Norman Joseph Woodland otherwise known as Joe for short, as he was already pursuing inventions in his field. Joe decided to take on this challenge and filed a patent in 1949 and he then went on to successfully create UPC bar codes, UPC being short for Universal Product Code, twelve-digit bar codes to be used in retail stores. Although he did not start out straight away with linear bar codes, they initially took the lines and made them into a round bull’s eye shape. This shape could be scanned from any direction due to its circular shape, but it took up a lot of space on the product and was not able to store the required amount of information that was needed.

This is when the UPC format was created as it was linear and could store more data, it began to be used. This took him twenty six years from beginning to having the first one scanned in a retail store in Troy, Ohio. This may seem like an eternity to some but the amount of work that needed to go into creating a code along with a machine that was able to scan this code and be small enough to function in a retail setting was challenging, especially due to the time era and none of the technological resources that we have available to us today.

Although retailers were wary of using them in their stores as it was also a costly set up to get going initially, due to scanners being required at the point of sale as well as purchasing bar codes, once big chain stores such as Kmart starting using the barcoding system more trust was instilled in the process and slowly more and more stores introduced them into their point of sale systems. By 1984 thirty three percent of retail stores had been fitted with scanners and were adapting to bringing bar codes into their stores.

The usage in retail stores also greatly helped improved stock inventory records for store owners to be able to take stock of their products without having to stop business for days, or pay staff overtime to work during times when the store is closed. They were now able to do stock take within a few hours with scanning all the bar codes on the products. They were also now able to have a clear indication of products that were fast sellers and slow sellers and be able to keep on top of ordering stock that is running low. One additional benefit is that product pricing no longer had to be placed on each individual product it could now be recorded electronically on the barcoding system. This also saved costs with printing as if a product price changed all the labels did not have to be reprinted as would have had to have been done with the pricing stickers, they could merely update the pricing on their system so that when the it is scanned the updated price will reflect for the cashier. Same goes for the manufacturers of the products they no longer were required to print the pricing stickers to stick onto each product they could include the image design in the label or packaging of the product so that when it is printed or manufactured it already has the unique bar codes on it. Therefore, saving costs all round and increasing profits across many sectors. Between 80 and 90 percent of the top 500 companies in the United States are now using them in their businesses. 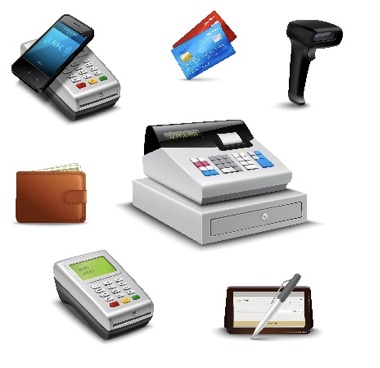 Unfortunately, Bernard Silver passed away at the young age of thirty eight in 1963 and was not able to see today how his invention has modernised and is now being used in almost every industry sector. Therefore we see how it was the desperateness of one retail shop owner looking for a way to improve profits in his store and one willing inventor who brought together this amazing streamlined way of running retail stores as well as chain markets and all the other formats that were created along the years to the now modern 2D format called QR codes that we use for web based links to businesses, websites, competitions and many more.

You can buy retail bar codes from resellers any day of the week and receive your unique pack via email in a zipped folder, including your certificate of ownership and your high-resolution image designs ready to be placed on your products. They will then belong to you for life and can be seen as a great investment for your business.