Mobile gaming just became monstrously more fun, thanks to Outfit7’s festive updates to four of its most beloved Talking Tom and Friends games. For a limited time, the multinational entertainment company is giving millions of fans of Talking Tom Gold Run, Talking Tom Hero Dash, My Talking Tom 2, and My Talking Angela a parade of new tricks and treats to explore.

Prepare to be haunted by all the exciting new updates over on Talking Tom Gold Run. A limited time Halloween-themed world is sure to (pumpkin) spice up the player experience. Outfit7 has also unveiled three new side worlds to discover. Fans should be on the lookout for special edition pumpkin tokens that will unlock oh-so-yummy Halloween treats. However, the most exciting update may be the unwrapping of the seasonal Mummy Tom character skin. 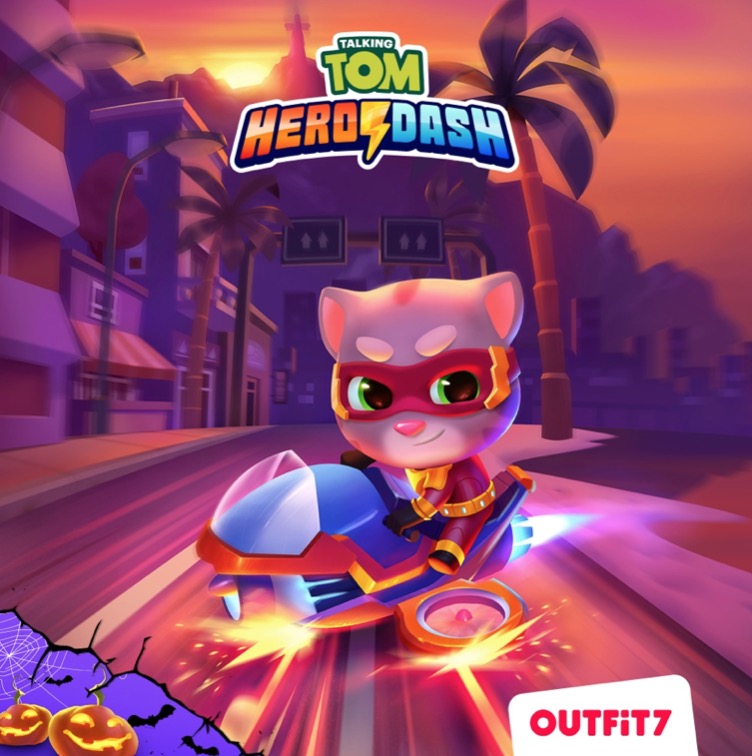 Ordinarily, a superhero sprint through Talking Tom Hero Dash will have players battling various plunger-swinging raccoons. However, with its ghoulishly good new updates, players will need to muster all of their courage as they come face-to-face with menacing pumpkin-headed racoons! Luckily, the update also includes a super new JetBike gadget to help the friends conquer the villains and save the day.

My Talking Tom 2 rolls out new decor, new features, a new world, and new events that are so fun, it’s scary. Fans will be completely enchanted by all of the new features and opportunities within My Talking Tom 2. First, you’ll get in the Halloween spirit with frightfully fun fall décor around Tom’s home and porch. Players are also in for a good cackle with five funny new puppet voices for Tom. But the adventure doesn’t end there. Outfit7 has also conjured up a Seasonal Carnival World to explore, as well as some faBOOlous new special events.

My Talking Angela sets the stage for a bewitching season of updates. 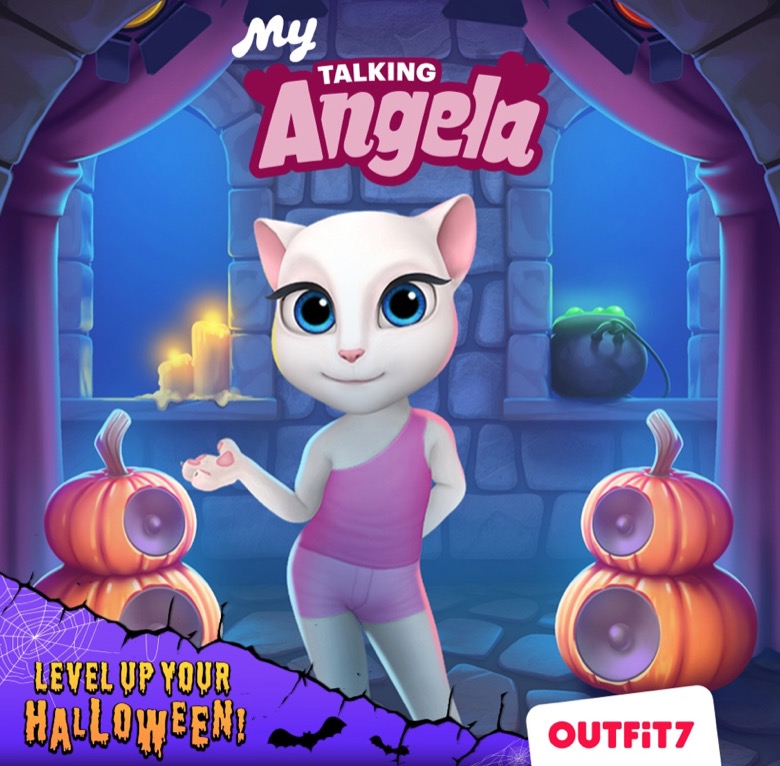 When it comes to makeovers, no one does it better (and in this case, more spooktacular) than My Talking Angela. Players will have a scream raiding Talking Angela’s updated wardrobe with fresh costumes that are too cute to spook. Once you’ve worked up an appetite playing dress-up, the game is serving up some delicious new Halloween treats for her to eat. Other updates sure to lift your spirits include a seasonal porch reskin, dance stage, and photo filter.

You can trick or treat yourself to all the fun now by heading to www.outfit7.com and downloading the latest updates for Talking Tom Gold Run, Talking Tom Hero Dash, My Talking Tom 2, and My Talking Angela.