Ngorongoro crater is in the Great Rift Valley in northern Tanzania. The word Ngorongoro is derived from a Maasai word, El-Nkoronkoro, meaning “Gift of Life.” It is the largest inactive volcanic caldera in the world and it is believed to have collapsed two hundred million years ago.

The volcano is 600 meters high and covers an area of 260sq kilometers. Ngorongoro Conservation Area is in the Serengeti ecosystem, and it was separated from Serengeti National park in early 1959. Later in 1979, the conservation area was announced as a UNESCO World Heritage site.

Ngorongoro is home to one of the densest concentrations of big animals in Africa and delivers breathtaking views. Some of the animals you should expect to see during game drives in this park include the BIG FIVE, hyenas, zebras, gazelles, serval cats, foxes, wildebeests, and over 500 bird species.

In this article, James Gatheru, the safari director for AjKenyasafaris.com, shares all that you need to know to plan an immersive and memorable holiday to the Tanzanian Ngorongoro Crater.  10 Interesting Facts about Ngorongoro Crater:

How to Get to the Crater and the Cost?

Most of northern Tanzania safaris start in Arusha, which is only 3 hours drive to Ngorongoro crater. The distance from Arusha to the crater is 170 kilometers. You can also fly to the crater using the small scheduled flight from Arusha Airport, and our tour guide will pick you from the airport.

The Cost of a Ngorongoro Crater Safari

A luxurious holiday will cost you 796 US dollars in low season and 1300 US dollars in high season per day. The cost includes accommodation in a 5-star lodge, laundry, guided walking safari, game drives, sundowners, transfer from one airstrip to another, service charge plus VAT.

A mid-budget vacation in Ngorongoro costs 320 US dollars during the low season and 625 US Dollars during the high season per day. The amount includes accommodation in a 3-4-star lodge, most meals, tour transport, airport transfers, park entry fee, game drives, and walking safaris.

A budget trip will cost you 200 US dollars per day including accommodation, a driver, most meals, shared game drives, transport, and most activities.

What is the Best Time for a Safari in Ngorongoro?

Ngorongoro crater always has something special to offer all year round. That said, the best time to visit depends on tourists’ interests. Generally, the best time of visit can be influenced by animal bleeding patterns, seasonal climate fluctuations, and migration of different wildlife species.

The weather is likely to be hot and humid because of the short rains the crater experiences. However, it is cooler around the crater rim, and it is essential to carry warm clothes and anti-mosquito repellent cream.

This is the calving season of the annual wildebeest migration; you will witness the fantastic event of calves being born in the Ngorongoro grassland. It is a paradise for photo lovers. Seeing a calf struggling to get on its feet a minute after birth is stirring.

This is the long rain season, the plains transformed into a lush green. May is an excellent time for bird lovers and budget travelers. You will be able to see various bird species such as kori bustard, the freaky secretary bird, and the splay-footed ostrich.

June to October is the high season. The grass is short on the crater floor, and animals gather in water holes to get hydrated. Tourists flock in during this season because it is the best time to spot wildlife on barren plains. It is during this time you have the best time to catch the big 5 on a single day of game drives. 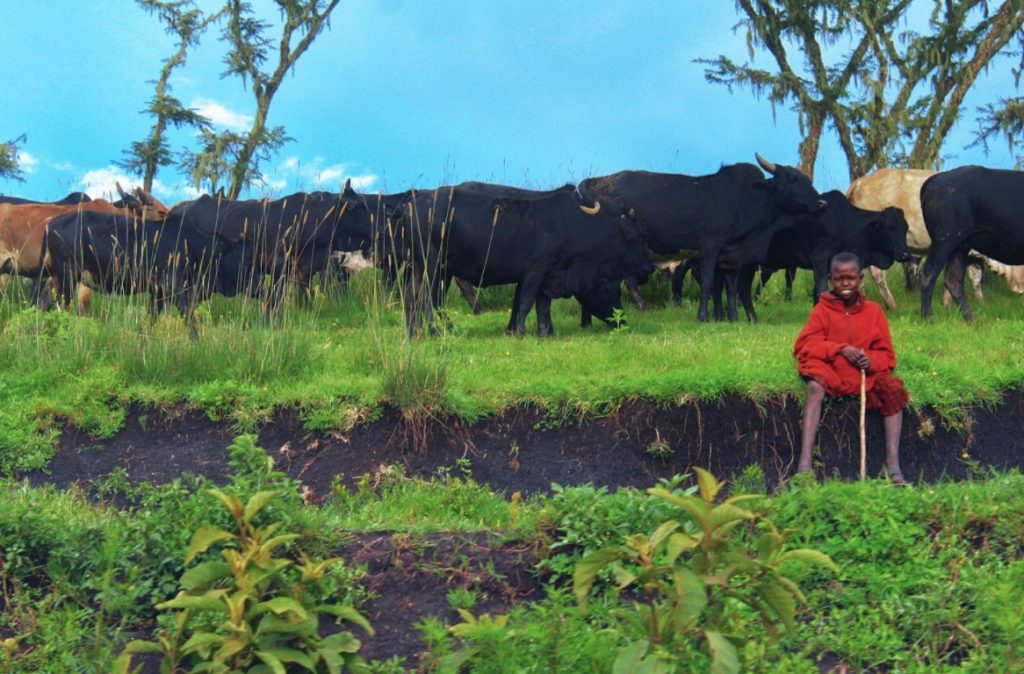 Is Ngorongoro Crater a Caldera?

Ngorongoro is the largest inactive volcanic caldera in the world that collapsed two hundred million years ago. The volcano is 600 meters high and covers an area of 260sq kilometers.

Which is Better, Serengeti, or Ngorongoro?

Serengeti National park and Ngorongoro crater are the two natural wonders of Africa and the two best National parks in Tanzania.

The parks are home to the huge number of wildlife and the Big Five. However, it is only in the Ngorongoro crater that you will be able to witness one of the largest collapsed calderas in the world.

If possible, we would suggest exploring both parks.

What animals live in the Ngorongoro Crater?

Things to do in Ngorongoro

Ngorongoro crater is home to the big five and other animals such as wildebeest, warthogs, zebras, and antelopes.

Game drives in the crater are done two times in a day, in the morning, and in the evening. Travelers are offered both or one drive depending on their itinerary. We recommend visiting the crater during the dry season for optimal game viewing.

Cultural Tours to a Masai Village

The Masais are among the few remaining people whose culture and tradition are crude and untouched. A well-organized visit to a Masai village introduces you to the Maasai traditional way of living, food, mode of dressing, and their native language and culture.

If you are traveling from overseas and you wish to visit a Masai village, please note that the native and official language of Tanzania is Swahili. As such, you will need to hire an English speaking guide to help you translate the Maa language (the native language of the Masai people) to English.

Of course, if you plan your safari in Tanzania with us, you have nothing to worry about. Our guides are multilingual and they will easily translate the Maa language to English for you.

Another great option is to use online language translators such as Google Translate, Bing Translator, and more.  For example, if you are traveling from India, you can use apps to help you translate the Indian language to Swahili or the Maa language. 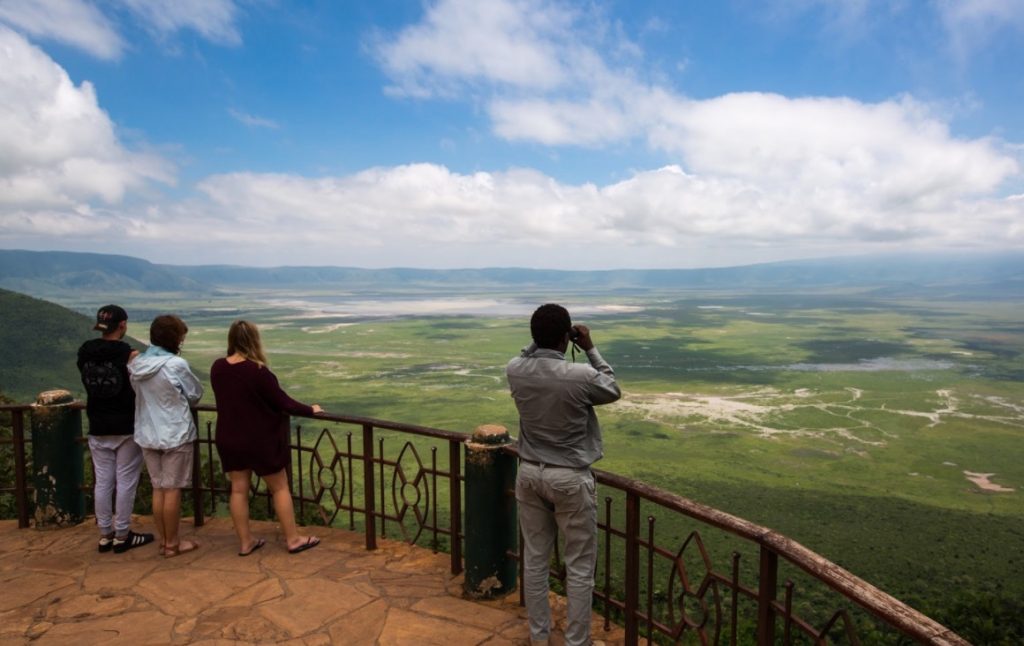 Ngorongoro crater is the key attraction in this conservation area and covers an area of 260sq kilometers. Travelers walk around the crater with a knowledgeable tour guide. The trek around the crater takes you across various natural habitats, such as dense green woodlands, open grassland, and acacia forests. You will also have an opportunity to see Maasai herdsmen with their cattle along the way.

African music is unique, and it is one of the activities you should not miss during safari trips in Tanzania. Enjoy music from local drummers and their unique firsthand culture and skills. The Tanzanian society has a unique musical instrument called Marimba, which gives you rhythm, and you will soon touch your toes.

There you have it. Everything you need to know to plan a memorable holiday to the Tanzanian Ngorongoro crater. Visit AjKenyasafaris.com or Masaimarasafari.in and start planning your African safari today.