by Nick Guli 2 years ago1 year ago

British entrepreneur Lee Chambers, founder of PhenomGames SARL and Frostfall, announced that he was exiting the video game industry to focus on his latest business this week.

Often regarded as a renegade within the industry, it is indeed sad to see another small independent wholesale company be acquired. And as for Lee Chambers, the industry will miss someone who was often vocal against market bias, regulations and poor treatment of employees.

In many ways, the story of how PhenomGames started is likely why it always stood for the values of independence and people first. Having spoken to Lee in-depth previously, PhenomGames began in his parent’s back bedroom, after initially being told that he wouldn’t be able to gain traction in the market because of his youth and diversity. He had to self-fund from the start after being refused high street lending as a new graduate with little credit history. Upon reflection, this no doubt explains his tenacity and passion for driving change within the industry.

After hearing his own personal journey of him losing the ability to walk, and relearning again, I started to see how he had remained so resilient in what is, at times, a ruthless and fast-paced industry. Some of his forward-thinking ideas, around subscription boxes and series-specific merchandise, have become prevalent in the industry, and his disdain of DLC and gambling-like mechanisms have been expressed with clarity. It’s understandable, given his own struggles with video game addiction in his youth. He eloquently expressed how he became one of the most revered and accomplished World of Warcraft players across the European server group, only to find himself suffering significant mental health problems in the process. 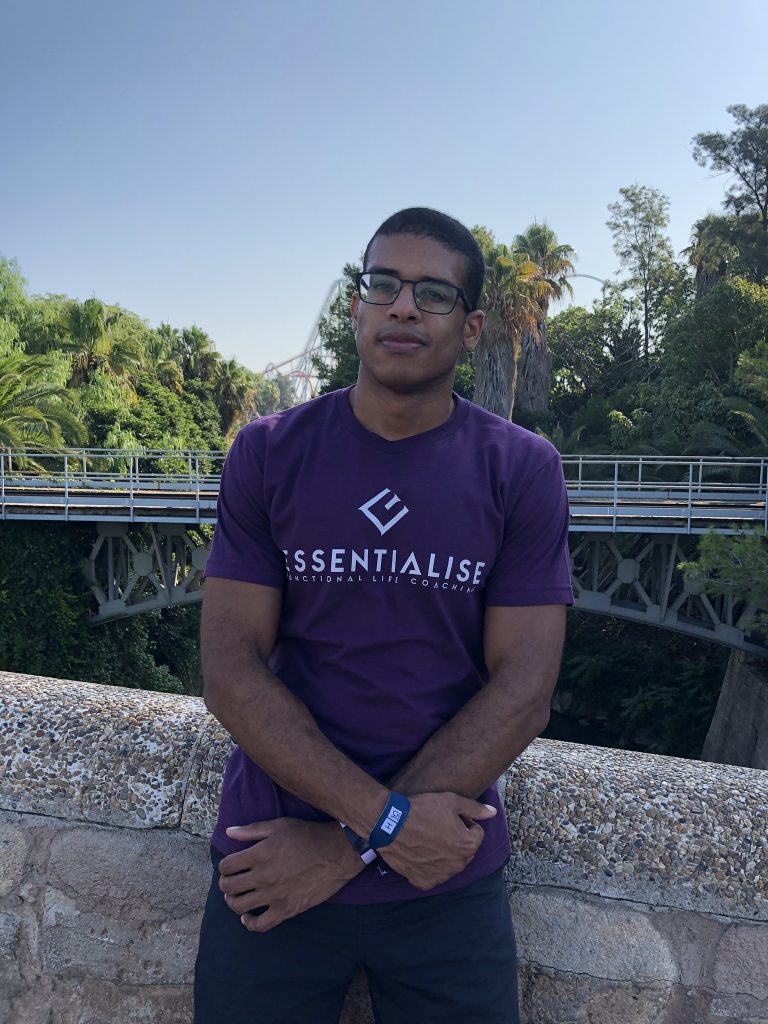 I caught up with Lee Chambers as he was recording a series of podcasts about his new venture, Essentialise Workplace Wellbeing, and had the chance to ask him about how he felt about leaving the industry. He told me, “We all have to have a walk away point, where we decide that our ambitions and energies are taking us in a different direction. For me, selling PhenomGames is not about me losing a part of me, or leaving the industry.

He continued, “PhenomGames has become more then I had ever wished for. It has been the basis for my life as it is today. It gave me the capacity to recover when I was seriously ill. It gave me the flexibility to spend a considerable amount of time with my children. I am not dropping the baton and leaving the industry. I fully intend to use Essentialise Workplace Wellbeing as a vehicle to tackle the industries issues externally, which will make a difference to many other businesses across the world. With PhenomGames, I delivered entertainment and enjoyment through the medium of gaming. Now, I am delivering the skills of the future, an awareness of health, and the science of happiness through the empowerment of employees and development of emotional intelligence in leadership. This mission, I feel, is my purpose, and I’m truly aligned to deliver it.”

Having had this time to speak to him, I can certainly understand his choices. While running PhenomGames he has clearly been busy, completing a master’s in environmental psychology, coaching a disability football team and speaking about his journey. When he talks about his business, the overarching theme seems to be about people. And this is mirrored in his parting comment to me, when he said, “I hope what I achieved with PhenomGames can be an inspiration for the next generation of disruptive entrepreneurs to come forth and solve the world’s problems. From bedroom to warehouse, the UK to Europe, e-commerce to wholesale, doubt to realisation. Bring your gifts to the world, get started today, stay true to your values, and evolve. Essentialise Workplace Wellbeing is a natural evolution of what I started with PhenomGames. It is not a new book I am starting, it’s simply the next chapter.”

With that, the industry says farewell to a voice of reason. But given what he is planning to do with Essentialise, I for one certainly believe that he will be back disrupting the industry again, sometime soon.