Walking hastily down the street to your workplace with a rumbling sound in your stomach is not an unusual event. As the world is sprinting uphill towards financial eternity, such episodes in life is bound to occur. The need for feeding your body in such situations have come down to the practice of relying on the instant hunger killers called fast food. One of the most widely accepted and consumed fast foods is the burger. Hundreds of burger stores have developed themselves into the personal taste of the community, while some novel ideas failed miserably at attaining a grip over the market. McDonaldland is the territory where burgers have flourished gracefully; Ronald McDonald, the mascot, feeding souls by putting a smile on their faces.

Richard and Maurice McDonald were in their thirties when they launched the first store of McDonald’s in the year 1940 in San Bernardino, California. Although the actual founders were the McDonald brothers, it was Ray Kroc who built the company on the strongest pillars to the height at which the brand now stands. The world fell head over heels for the taste that enchanted an entire generation. That taste has sustained throughout these years and is alluring people into the stores to take a bite into ecstasy. Predominantly McDonald’s is the paradise of burgers, but it also provides some great chicken sandwiches, desserts, coffee, French fries, and soft drinks. Doors to the store are open to vegetarians also, with the wide variety of veg burgers and sandwiches. A plummet from the heights that McDonald’s has achieved, could lead them into a rabbit hole and cost them an unaffordable lot. The brand has never witnessed any such drastic dips, and will most likely not go to such a level unless the craving for burgers fades into the dark.

The brand has witnessed tight competition from other companies that surfaced into the game but has kept its reputation high and survived the turbulent market of fast food. Even now, McDonald’s is the store that sells the hottest and the most delicious burgers all across the globe. It has clutched onto the first position on the list of the maximum number of burgers sold per year. Check out these foodpanda mcdonalds deals and surprise yourself with the most exciting offers.

There are a few competitors in the field of fast food that have tried shouldering McDonald’s in the race. Many of them failed, whereas many others succeeded in anchoring themselves at positions close to the empire of McDonald’s.

KFC, the territory of Colonel Sanders, has seasoned itself with the right amount of love and spices to take you on the trip of delectable flavors. The brand was launched in1930, and the heartbeat of every town owes to the expansion of its web all across the globe. KFC has more than 20000 outlets in 120 countries, thereby making it the second-largest fast-food restaurant chain. The golden fried chicken is the major attraction of this restaurant, sided by French fries, Krushers, salads, and a variety of zinger burgers (veg and non-veg). What better to serve as its slogan than “It’s Finger-Lickin’ Good.”

Undisputedly, one of the best fast-food offering stores in the world, with more than 15000 outlets spread across 100 countries. Founded in Florida in the year 1953, Burger King has kept its reputation high, with the quality of food and service. It is the prince of the kingdom of burgers, making it the biggest competitor of McDonald’s. Burger King offers excellent hamburgers, hot dogs, desserts, soft drinks, and French fries, all of which make for a wholesome meal.

Subway is undoubtedly the biggest fast-food chain in terms of the number of outlets that have been put up all across the world by creating an incomparably extensive network. It has got about 45000 stores in 110 countries and allures massive crowds into these stores with the sleek meat and fresh vegetables topped by gluten-free bread. Subway has a lot more to offer other than their signature dish, the Submarine Sandwich; wraps, doughnuts, cookies, salad, muffins, and paninis are the other side attractions.

Starbucks on this list might seem like a bizarre entry, but it isn’t. Starbucks has been a strong competitor of McDonald’s with the matchless quality that it offers in the hot and cold beverages section. McDonald’s also offers excellent coffee but at a lower rate, which makes it the brand preferred by the middle-class. Starbucks also provides its customers with beer, crackers, chips, and sandwiches. 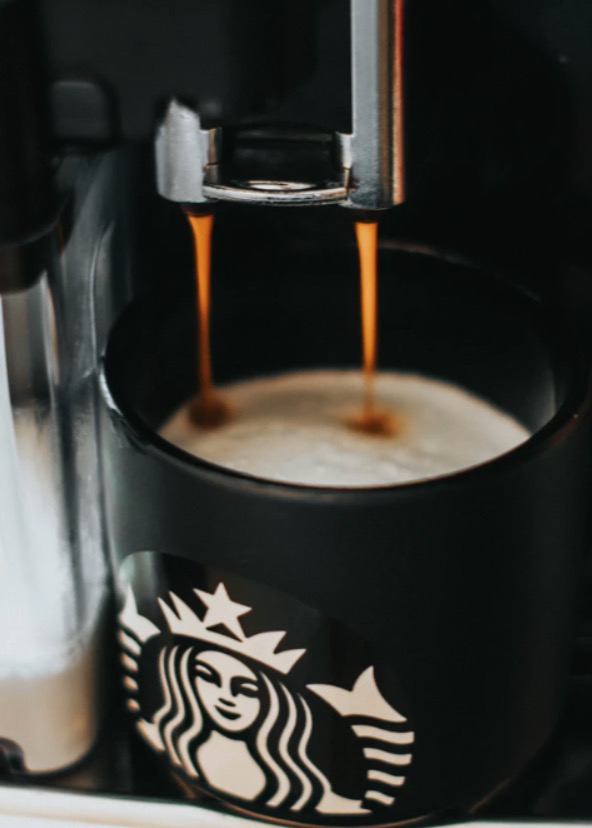 Even when all the contemporaries possess a taste that cannot be emulated, BigMac stands as the impregnable opponent. No matter how many competitors surface into the race, McDonald’s is undoubtedly going to rule the game for the longest.