Barbados, the name coming from the Spanish term Los Barbados meaning “the bearded ones” is an island country in the Lesser Antilles of the West Indies in the Caribbean. Covering an area of 432 km2 and having a population of almost 278,000 people it is classified as a leading tourist destination.

The island has been colonized by the Europeans, the English establishments and the British colony. The place has an abundance of history which makes a country that is a perfect place for tourism.

The History of Barbados Railway

The whole Barbados railway system started in June 1877, when the governor of Barbados started the construction of a track for the railway. The first line of the track was completed in October 1881.

After only a week of starting, the passengers were canceled for the time being because there was additional work that needed to be done on the railway system. The public was informed that up to then only trials had been carried out and additional work was required for the completion of the railway.

The railway was officially inaugurated in 1883 with a full festive banquet, the dignitaries of the railway had some reservations about the railway. Mainly why it ended so abruptly in the middle of the barren sand hills, but they were distracted by the meal that was prepared for them.

The Days of Sugar and Rum

At the start, the railway ran with great success due to the large traffic of sugar, freight, and passengers. But the owners made a mistake and did not reinvest the profit into the maintenance of the railway and their tracks. By the 1890s the tracks and the railway were in bad shape due to the lack of maintenance and needed a complete overhaul.

In 1937 the railway was closed completely and the tracks were removed in 1938. 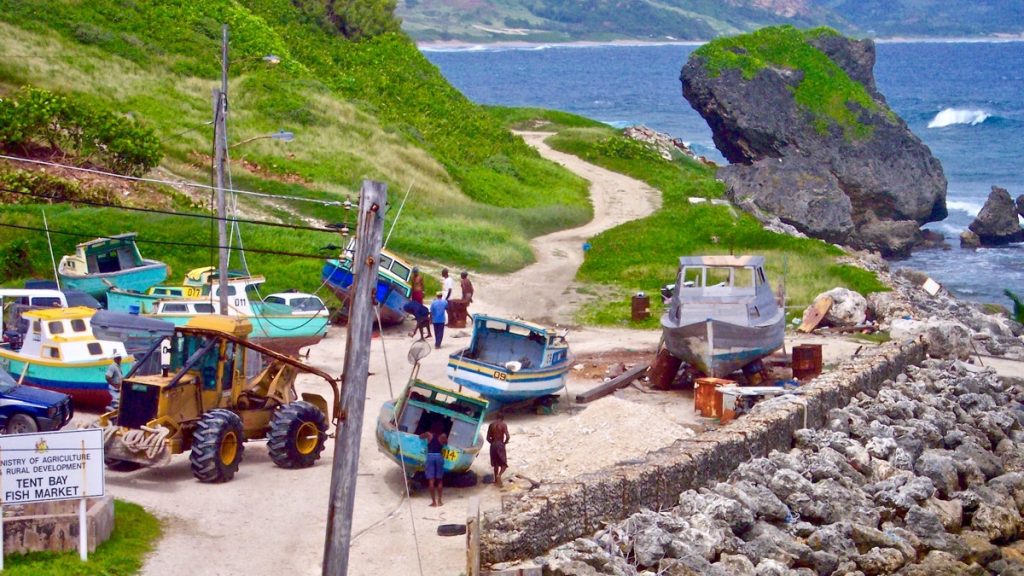 The Barbados.org website now showcases a delightful 10 minute movie of the history of the Barbados railway. It is told through the lens of the St. Nicholas Abbey Heritage Railway Tour and captures live commentary of the Engine Driver and interaction with passengers and crew.

The movie was taped while on the St. Nicholas Abbey Heritage Railway tour. It was produced and published on Instagram IGTV by LifestylesOfTheArtisan. The Barbados website provides an in-depth coverage and insights into lifestyles of an epic period in history with stories of the past.

This story started when a visitor shared an idea with the eldest son of the warren family. The initial idea was to have a railway from the Abbey to Cherry tree hill. Since the destination was on an elevation of about 22 meters the route had to be extended and it had to go through some wooded areas of the St. Abbey’s plantations.

But the longer route made sense because it provided the visitor an experience that only existed within the plantation and the factory buildings that made the Barbados Rum. The route was now looking promising because it provided the user with more heritage sites to visit on the route and it also provided a great view of the Caribbean ocean and the beautiful views of the island.

After starting work in January 2017, it took till December 2018 to get the railway up and running. The St. Nicholas Abbey Heritage Railway is now fully operational, and online booking for the railway tour is now available.