Australia’s most followed male Instagrammer Jade Kevin Foster with over 1.5 million Instagram followers has been spotted at Fiji’s international airport departing after a 2 week holiday.

We can’t all expect Mr Foster to look 100% Insta glam in every photo although the 27 year old Australian seems to be almost unrecognisable while waiting in line to board his business class flight to return home to Queensland, Australia. 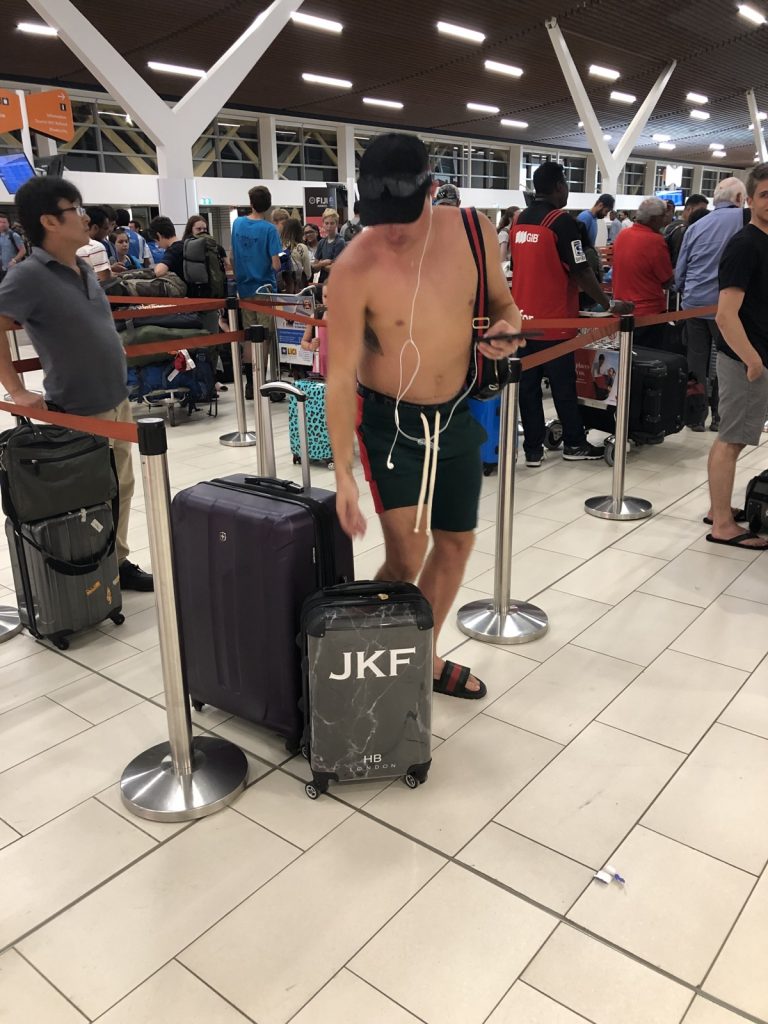 Although he has been recently been shy of posting to his Instagram account, a close source told us Mr Foster took to his private Facebook this evening to let his close friends and family know ‘I’m just getting a little fed up of the negativity on my gram at the moment and will be taking a break for a little’

Sources close to the 27 year old have said he has recently signed a $75,000 contract with Bail’s Finns Beach Club to fly over later this month to promote the new opening of their grand VIP beach club with a large list of high end influencers from around the globe attending.

If this is the case will he stick to what he has said with taking a break with no posting?

Fans might be furious at Jade for the delayed uploads although he seems to be adding to his story along with highlights every few hours to update his legion of followers of his whereabouts and fun activities. 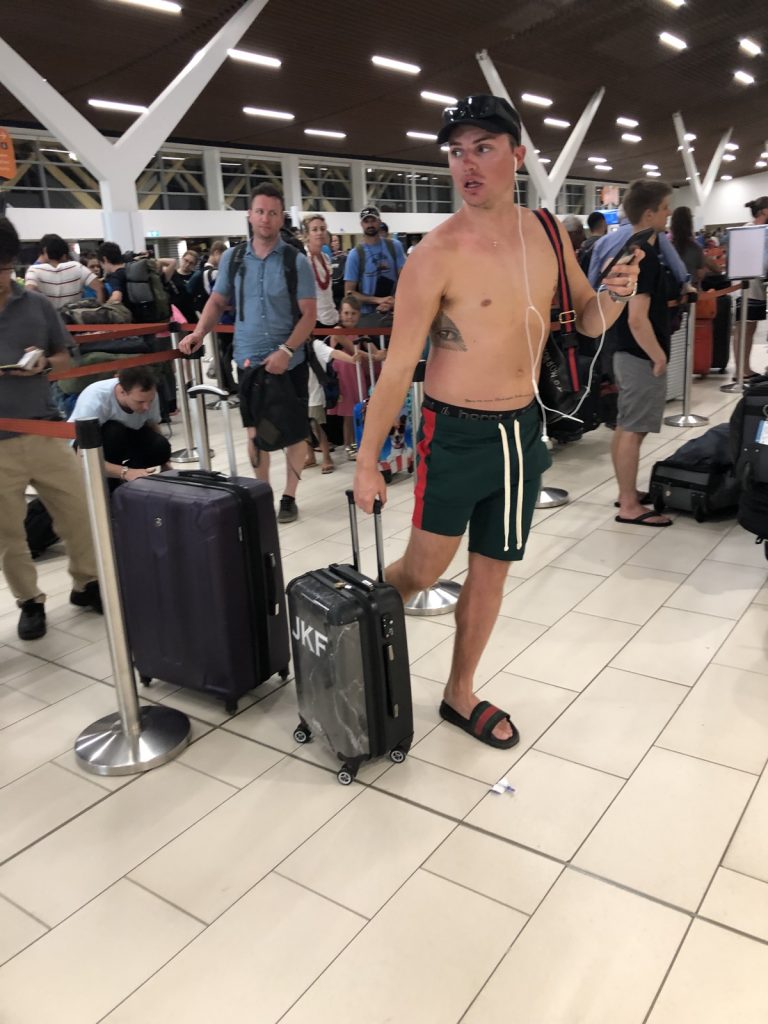 Mrs Kardashian West and Mr Foster have been social pals since 2013 where Kim’s retweet of Jade along side herself at her 2013 fragrance launch to her millions of followers sky rocketed Jade to social power.

We respect Jade’s break and hope he enjoys his offline time. Although all us here and his fans hope he has a speedy recovery back to the online world for all of us to live vicariously through him from our day to day lives.