Rudy Bundini, born May 28, 1987 in Basel Switzerland, is a New York based supermodel who has graced the covers of magazines and advertising campaigns all over the world. He was born to an upper class well educated family in Basel Switzerland but unfortunate events took a toll on him and his family and caused him to go through difficult and dramatic childhood experiences.

Until the age of 5, Rudy and his family were well off and were financially secure. They lived in a larger than average house with maids and servants. Due to their financial success, Rudy’s aunt asked his father (her brother) to become a grantor for a large bank loan and She promised to pay it back soon. Rudy’s father was a trusting man and because of the size of the loan, his father had to put up their properties and assets as collateral. Unfortunately the aunt never repaid the loan and eventually left town. The lender claimed all of Rudy’s family’s assets, leaving the Bundinis penniless. Rudy still clearly remembers his father smoking while second hand buyers were rummaging through their furniture during an auction sale outside their home. Their family ended up with nothing and nowhere to go. 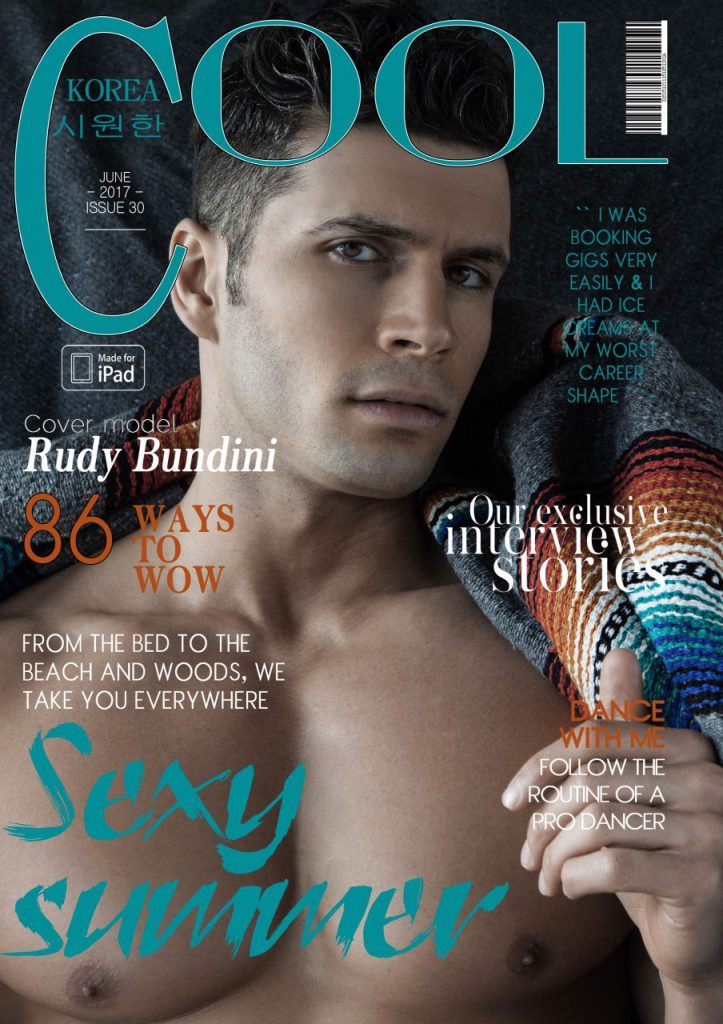 His father found a storage facility in a dangerous but cheap part of the city. Rudy still remembers the old roller shutter metal garage door that would become the entrance of their new home. Their new space was about 100 square feet and had no air conditioner and no bathroom utilities. Their family was forced to use public facilities to get by day to day. His mother and father were both working double shifts and doing whatever they could to repay their aunt’s loan. Rudy’s brother, who was two years his senior, guided Rudy through this difficult time and encouraged him to focus on his studies. His family had very little food to eat and his brother would give Rudy his portion telling him, he had already ate enough of his share. Rudy remember his brother telling him that he did not require as much food to eat. His brother influenced Rudy to focus on higher education, succeed athletically and later win a scholarship to study Chemical Engineering in one of the leading universities. To this day Rudy is indebted to his brother for all his success.

Eventually the Bundini’s prayers were answered and his father found a house with a basement, which he rented and rented out the main floor to a tenant. The rental payments of main floor were enough to cover the full rent and the Bundinis were able to live in the basement free of charge. His father later found out that the aunt used the stolen money to buy a luxury mansion and to this day they are still on bad terms. However Rudy uses these negative experiences as learning opportunities to better himself. He states in an interview:

“I didn’t want to wake up, I was having a much better time asleep. It was almost like a reverse nightmare, one where instead of becoming relieved of waking up from a nightmare, I would wake up into a nightmare every morning. When I walked on the streets as a kid I would see crack needles, blood, poverty and violence. But when I looked into the sky, I saw my dreams and my dreams don’t live down there. My past wounded me and there is a scar for every wound. But every scar tells a story. My story is that I survived, and the scars serve as a reminder that my past is real. To me, my scars are proof of the fact that there is healing. It reminds me of what I have been through but it does not dictate where I am going. In three words I can sum everything I’ve learned about life: It goes on.”

Rudy’s father was a man of honor who believed in doing the right thing regardless of the consequences. Even though they had lost their financial security, his father believed in working hard and overcoming obstacles. Even after working long hours during the day he would take Rudy and his brother to athletic classes and pushed them hard to succeed, sometimes even too hard that they missed out on simply being children. However, Rudy is thankful as this level of discipline has shaped him into the person he is today. Since he was a child, Rudy took part in many sports including handball, soccer, volleyball, wrestling, judo, taekwondo, horse riding, water polo, swimming and he earned many medals in swimming. After training twice a day for many years he suffered sinusitis, resulting his doctor in banning Rudy from swimming for his personal health. 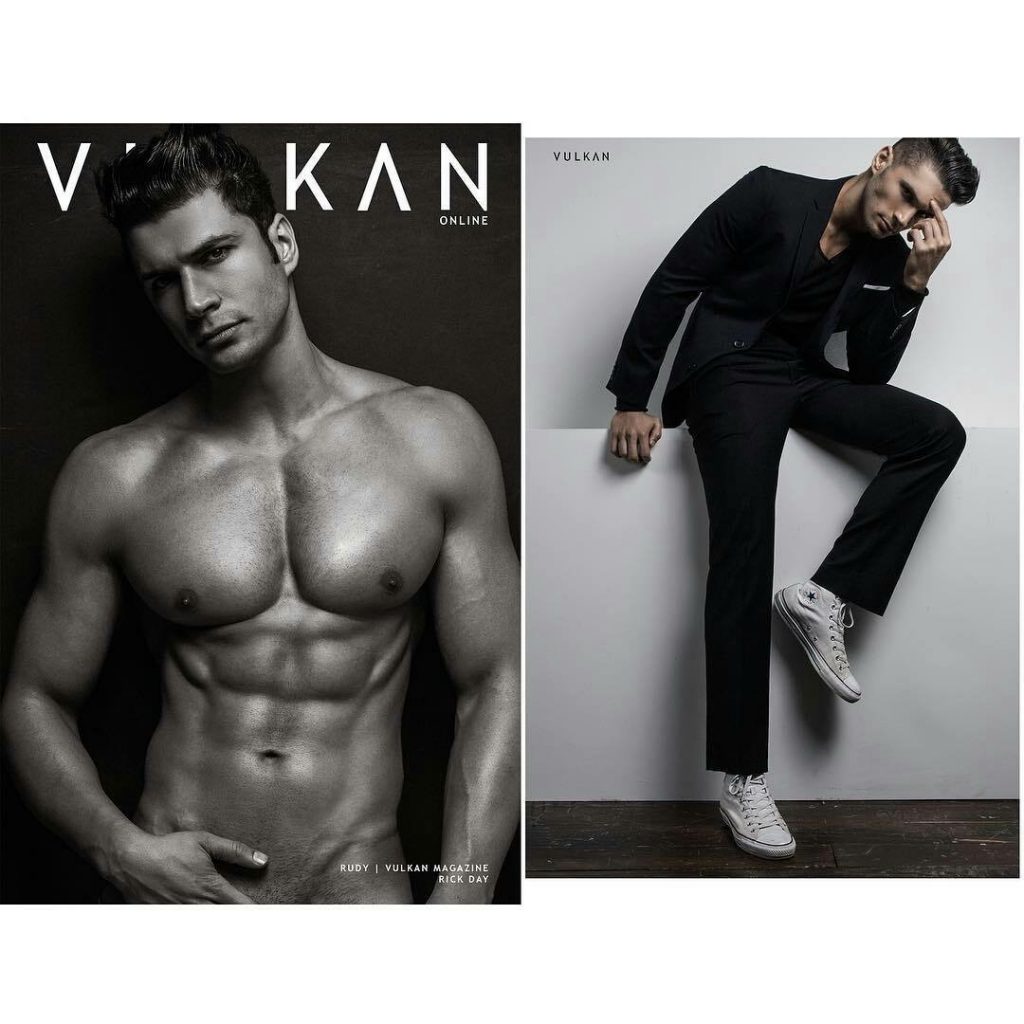 At this point in his life and due to his father’s recommendation, who had trained in the martial arts and was a black belt in taekwondo and judo, Rudy switched to boxing. Not long after, Rudy and his brother gained fame for their boxing success. His brother was known for his fearless style, long slim body and magnificent speed while Rudy was known for his strength and powerful knockouts in the early rounds. After the national championships, Rudy joined the national boxing team and dominated the heavy weight class and won the gold medal in the Azerbaijan international boxing tournament. He continued to pursue boxing and it was his dream and goal to win the gold medal in the London Olympic Games.

However, in one of the pre-Olympic boxing qualifying matches, he took a hard heavy cross at an opponent, which did not land, and resulted in his shoulder popping out for the second time in his life. Due to his experiences and smart tactics, he changed his guard position and continued to fight for the last two rounds with his bone hanging out of his rotator cuff and surprisingly still won the fight because of his initial high score in the early rounds. After the fight he was transferred to the hospital by ambulance and after his surgery his doctor told him not to box anymore. He was instructed to take six months to recover before any intense physical activity. Rudy saw no future for himself as a professional boxer and his dreams of joining the Olympic Games faded away as the result of the accident. He fell into a deep depression until one day a door opened for him to pursue modeling.

While Rudy was pursuing his boxing career, he had continued his education and excelled in math, analytics, calculus, and numeral processes. Although his parents wanted him to pursue medicine, Rudy found it difficult to memorize facts and eventually he and his brother enrolled in engineering school. Although he did struggle in a few classes, he was able to graduate with his M.A. from his university with a degree in mechanical engineer-applied design.

While he was studying, Rudy was scouted as a model at the age of 20. Although he found success as a model early on, he could not leave his studies and pro-athletic journey to pursue a modeling career in the large fashion cities such as Milan, Paris, London or New York. Once his athletic career ended and his studies were finished, Rudy became laser focused on pursuing a career in modeling and doors opened for him left and right. He achieved much success and was featured in many campaigns, billboards, ads, print catalogues, television shows and even Hollywood movies. He has been the face of Nike, Versace, Armani, Philipp Plein, Hennesy, Roger Dubuis and has graced the covers of many magazines. Even at casting calls with over 1000 models, Rudy has always managed to find success in New York fashion week and walked for many designers in last 5 years.

Rudy’s journey has not been an easy one and has been rife with obstacles. However, he strongly believes that by remaining steadfast and resilient, one can truly achieve success. Looking back on his life Rudy states that the key to his fortune and success is “In the confrontation between the stream and the rock, the stream always wins, not through strength but by perseverance.”