Channel your inner superhero with Outfit7’s newest and most action-packed endless runner game ever, Talking Tom Hero Dash. It’s up to you to save the day as you run, jump, and fly through five epic levels. You’ll battle villainous raccoons, score awesome loot, take down bosses, rebuild cities, and rescue Talking Tom’s friends from the bad guys. Sound like a tall order? Don’t worry; you’ll have superpowers to help you! 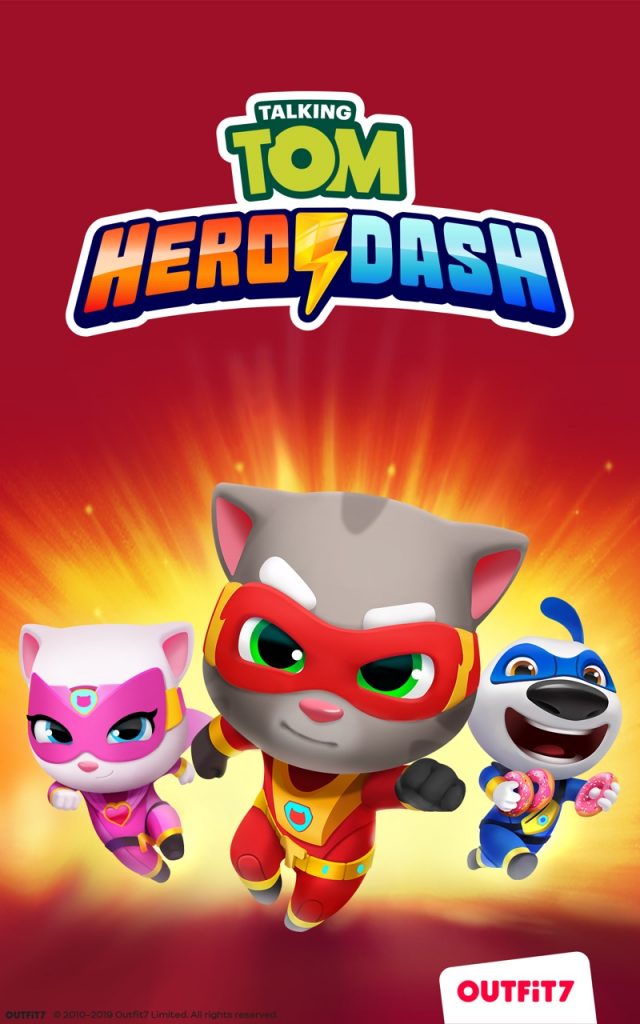 With each level completed, Talking Tom Hero Dash allows you to unlock a new superhero version of a Talking Tom and Friends character to play as. Each one comes with his or her own superpower to help you advance through the game. Talking Tom has super strength, Talking Angela has super speed, Talking Hank has a magnetic glove that smacks the bad guys out of your path, Talking Ben has a super backpack full of funny items he can toss at the raccoons, and Talking Ginger zips around on a super hoverboard!

Take on All the Bad Guys (Even the Really Big Ones)

Don’t dodge the raccoons, slap them out of the way! The more raccoons you defeat, the more you’ll advance through the game. At the end of each level, you’ll have to battle a Raccoon Boss in order to rescue (and unlock the ability to play as) the next super friend. All you have to do is dodge the obstacles and hit the boss as fast as possible. Eventually, you’ll defeat him and save your friend from captivity. 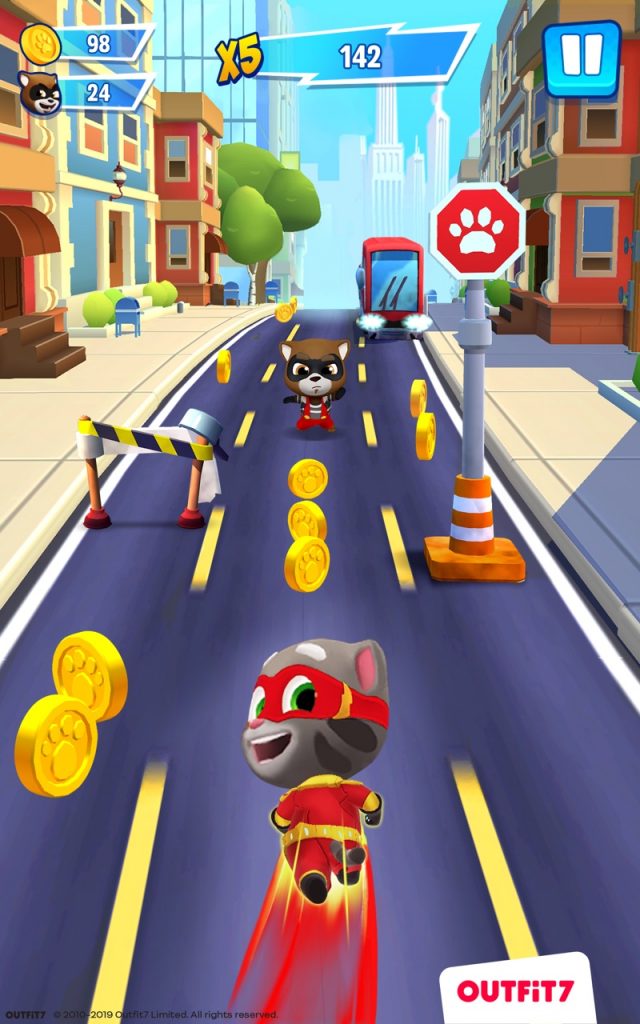 In addition to rescuing your friends, battling bad guys, and showing off some awesome superpowers, you’ll have to rebuild and repair the cities if you truly want to conquer Talking Tom Hero Dash. On a special city screen, you’ll get a bird’s eye view of all of the destruction being done by these pesky raccoons. You’ll have to spend your loot to clear the raccoons and restore the city back to its former glory.

In true superhero fashion, Talking Tom Hero Dash goes above and beyond what is typically expected of an endless runner game. As you progress through the game, you’ll be invited to participate in various special events that function like a game within the game. However, these special events offer much more than a fun challenge; they come with valuable rewards that will help you advance and customize your gaming experience even more.

Master All of the Super Features 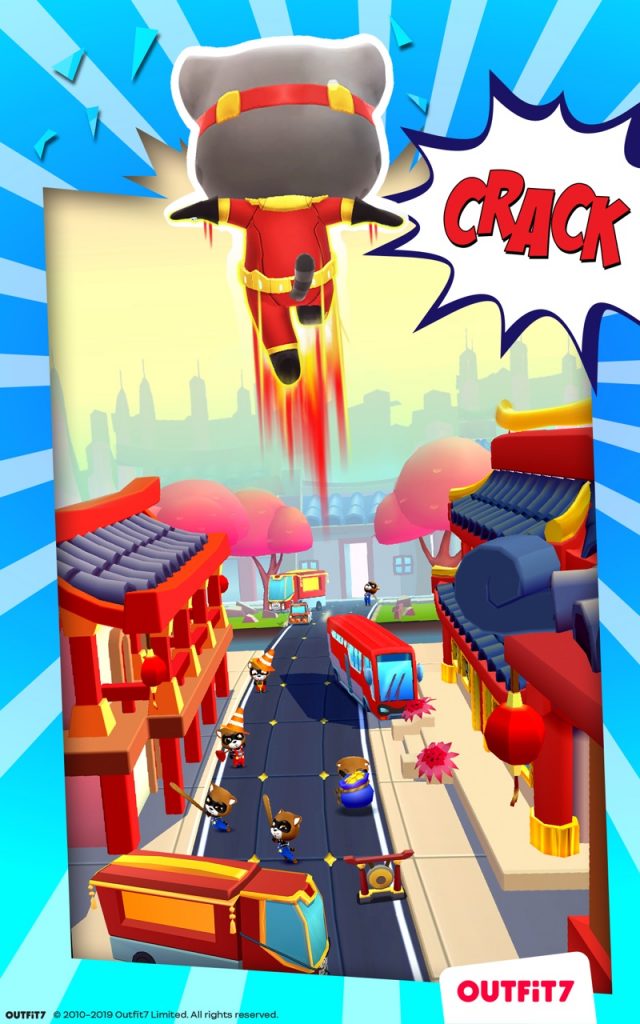 Talking Tom Hero Dash is unlike any endless runner ever created, offering a vivid superhero storyline, epic boss battles, side events, and a series of super features designed to enrich gameplay and enhance the superhero feel of the game. Superpower-ups allow you to showcase your character’s superpowers, Super Jumps will allow you to slow time as you soar through the air, and the secret Super Slam skill will allow you to send a shockwave through the city that will blast the raccoons out of your way. The more you play, the more exciting features you’ll discover!