Are your Fridays suffering from a bad case of boredom? Do your friends spend more time looking at their phones than each other? Are you all tired of playing with the same old cards from Card Against Humanity, but still want to have some fun with a game that’s NSFW? Don’t worry friend we’ve all been there and we have the solution. If Game Night is your kryptonite why don’t you check out 2019’s funniest new party game, Freedom of Speech ( created by Nico Muoio ).

The game itself is easy to play and downright hilarious. You play by first dividing all of your friends into two teams and sitting at a table, on a couch, or in some kind of circle or shape where you can see everyone. Every other person in the circle will be on the same team, and you will then play rock paper scissors to see which team will start the game. A member of the team that wins will then pick up a card from the deck and try to get their teammates to correctly guess that card. The first team to correctly guess 21 cards wins. 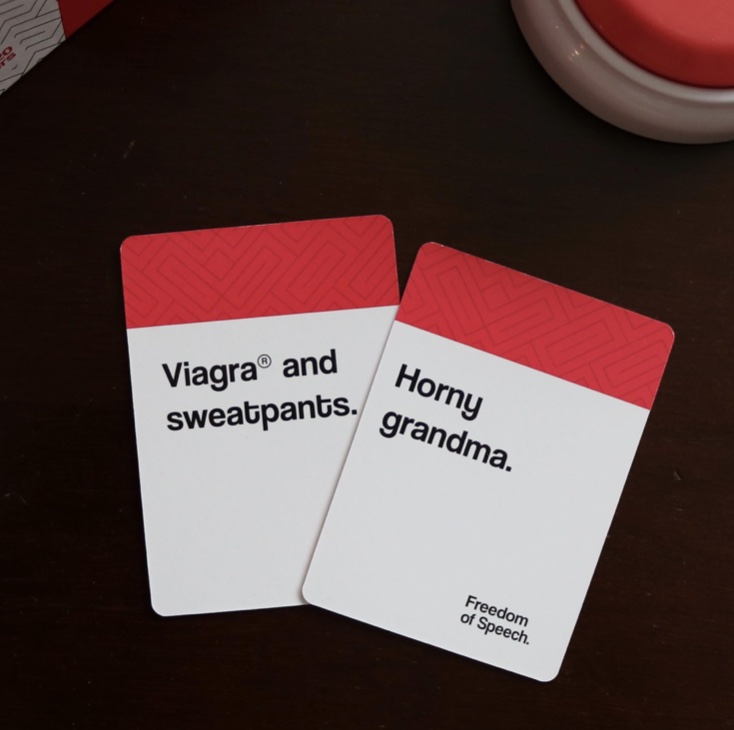 Now what makes this interesting is that this player cannot directly say the word on the card, point to it, or act out the card, and it all must be done before the timer runs out. After the card is successfully guessed or the timer ends, the turn then rotates counterclockwise to a player of the opposite team, which would be on the previous player’s left.

The Freedom of Speech game comes with a timer, an instructions booklet with the full rules and alternate ways to play, and 400 hilarious cards (here are some of our favorites):